Swisstec can provide a comprehensive range of repair options from a simple battery service to a complete service on a mechanical chronograph for both current and vintage Tag-Heuer and Heuer watches. Tag-Heuer do not have an official accreditation system here in the UK but we receive all our Tag-Heuer parts from them directly. 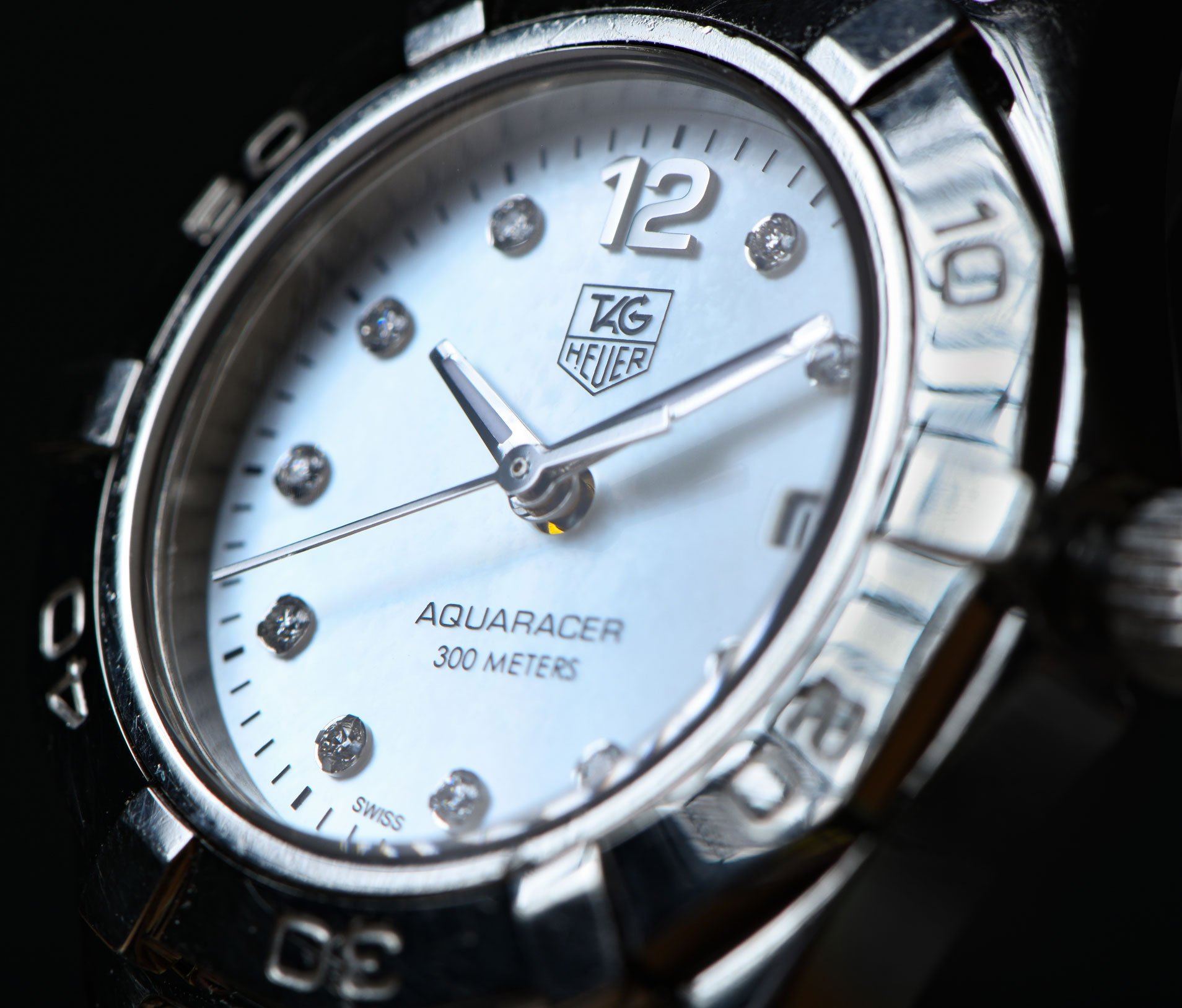 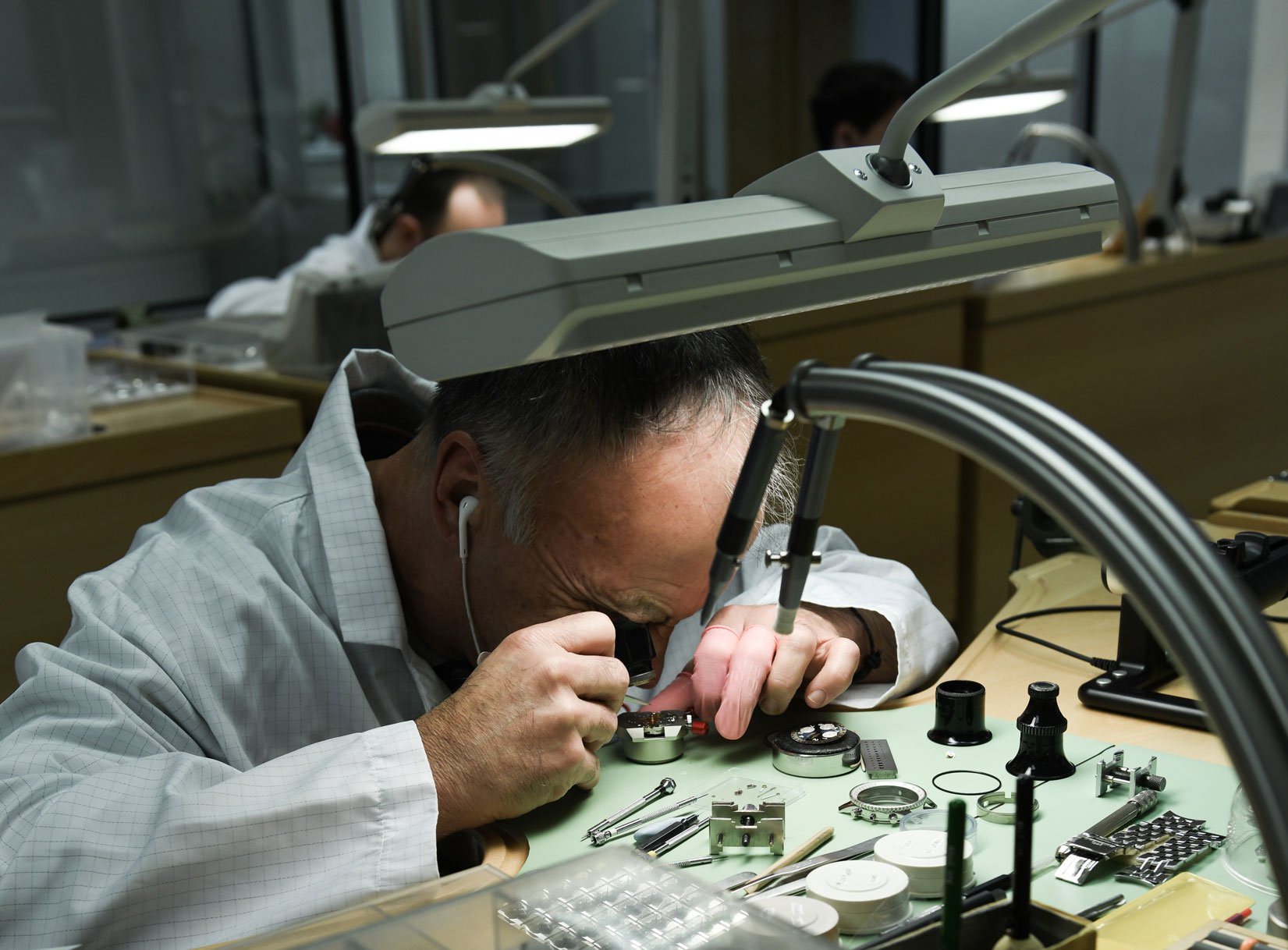 We also undertake case and bracelet refinishing to Tag-Heuer standard in our dedicated polishing department.

A brief history of Tag Heuer.

Heuer was founded in 1860 by Edouard Heuer in St-Imier, Switzerland as Uhrenmanufaktur Heuer AG.In just a few short years, Heuer filed an impressive number of patents leading to the company’s first patented chronograph in 1882. In 1887, they received one of their most notable patents for an oscillating pinion mechanism, a system which is still used by many chronograph manufacturers today. Edouard Heuer passed away five years later, in 1892 and business was passed to his son Charles-Auguste Heuer who introduced the first stopwatch accurate to 1/100 of a second.
From 1911, Heuer manufactured timepieces to be mounted on the dashboards of automobiles, aircraft, and boats. Heuer continued to manufacture these dashboard timepieces into the 1980s, at which time they were discontinued.

In 1962, Heuer became the first Swiss watchmaker in space. John Glenn wore a Heuer stopwatch when he piloted the Mercury Atlas 6 spacecraft on the first US manned space flight to orbit the earth.
1963 The Carrera chronograph was introduced, designed by Jack Heuer, great grandson of Edouard. The Carrera had a very simple design, with only the registers and applied markers on the dial. The fixed inner bezel is divided into 1/5 second increments.

In the mid-1960s, Heuer partnered with Breitling and Hamilton to introduce the first automatic chronograph. These projects were conducted in secret, as none of the competitors wanted the other companies to be aware of their efforts. Heuer-Breitling-Hamilton held press conferences in Geneva and New York, on 3 March 1969 to show their new chronographs the famous Calibre 11 and Calibre 12 movements. Heuer’s first automatic chronographs using these movements were the Autavia, Carrera, and Monaco.

In 1985, a group called Techniques d’Avant Garde acquired Heuer and became the brand we know today as TAG Heuer. The name TAG Heuer combines the initials of “Techniques d’Avant Garde” and the founder’s surname. In 1992, TAG Heuer became the official timekeeper for Formula 1 racing, perpetuating their longstanding relationship with the automobile industry.
In 1999 TAG Heuer was purchased by Moët Hennessy Louis Vuitton S.A. (LVMH) and remains one of the watchmaking worlds innovators producing pieces such as the “Pendulum Concept” in 2010, the first magnetic oscillator without hairspring capable of providing restoring torque comparable to that of hairspring.