All Carl F Bucherer watches which are serviced by SwissTec are returned with a two-year warranty. 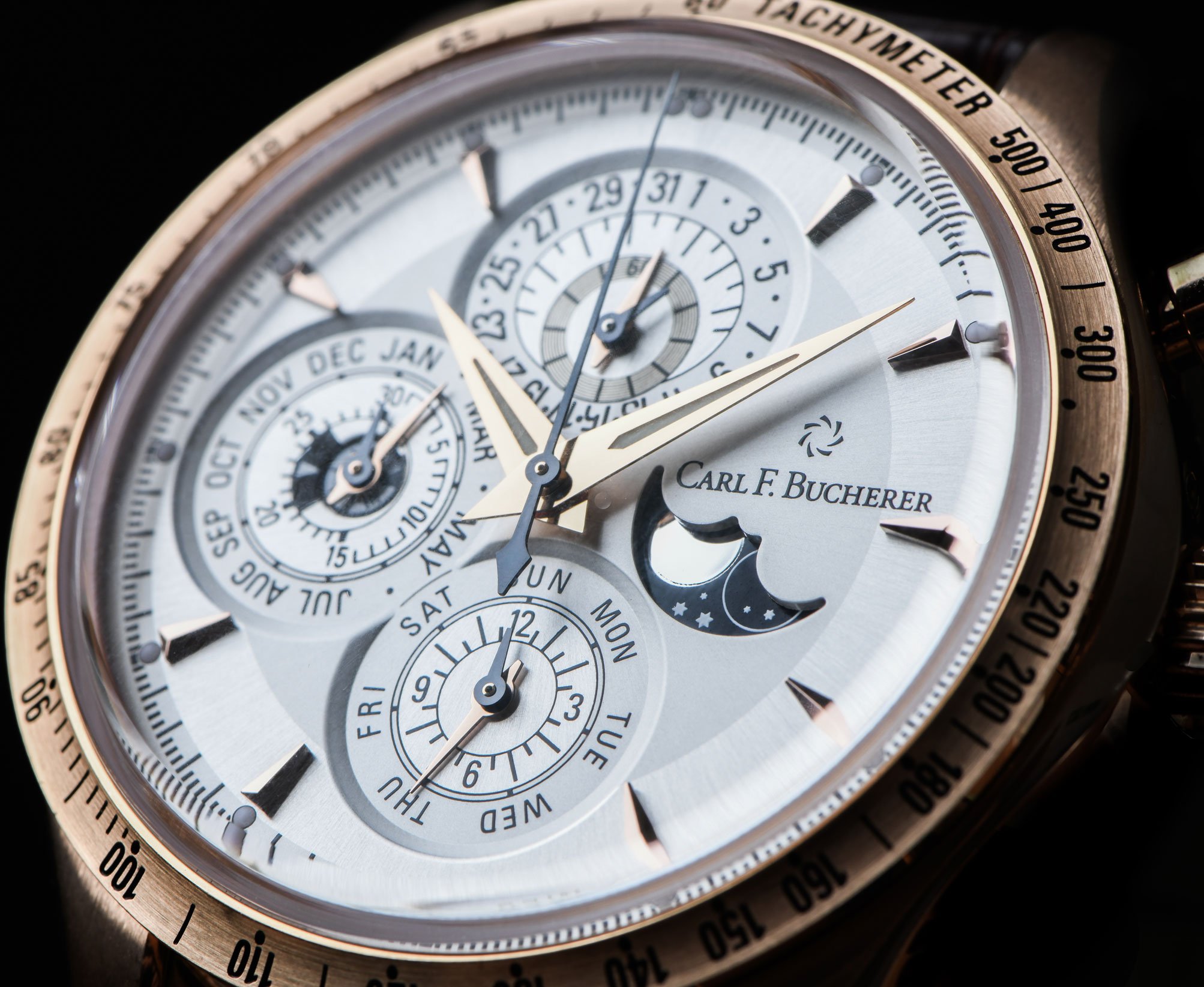 We also undertake case and bracelet refinishing to Carl F Bucherer’s specification, this work is carried out by our Swiss trained polisher in our dedicated polishing department.

In 1888, Carl Friedrich Bucherer opened his first boutique selling watches and jewellery in Lucerne, Switzerland. In 1919, Mr Bucherer launched his first ladies’ watch collection notable for its art deco style. He was one of the first watchmakers to adopt the watch strap, which at the time was still a revolutionary concept in a time when pocket watches were still the most popular type of watch.

In 1948, the company was focusing on chronographs and by 1968, Carl F. Bucherer had manufactured around 15,000 certified chronometers watches, making the company one of the top three Swiss producers of these specialized timepieces. In 1969, the company became part of a Swiss consortium for the development and production of the first quartz movement for wristwatches, the Beta 21.

1976, saw Jörg G. Bucherer, the third generation of the family, take charge of the company. In 2001, the Carl F. Bucherer brand was repositioned into the Haute Horology sector of the market and the company launched the Patravi watch collection. In 2005, the company filed a patent for the monopusher mechanism of the PatraviTravelTec watch, which permits the parallel display of three time zones. Carl F. Bucherer remains a family run business who remain true to their belief that Continuity, a free spirit and entrepreneurial independence are the keys to their success.