Swiss Time Services is an accredited Level 3 Tissot Service Centre. Our Tissot approved watchmakers can undertake work on both current and vintage, quartz and mechanical models. The only models we do not undertake are the auto quartz and T-Touch models

All watches are returned with a two year warranty. 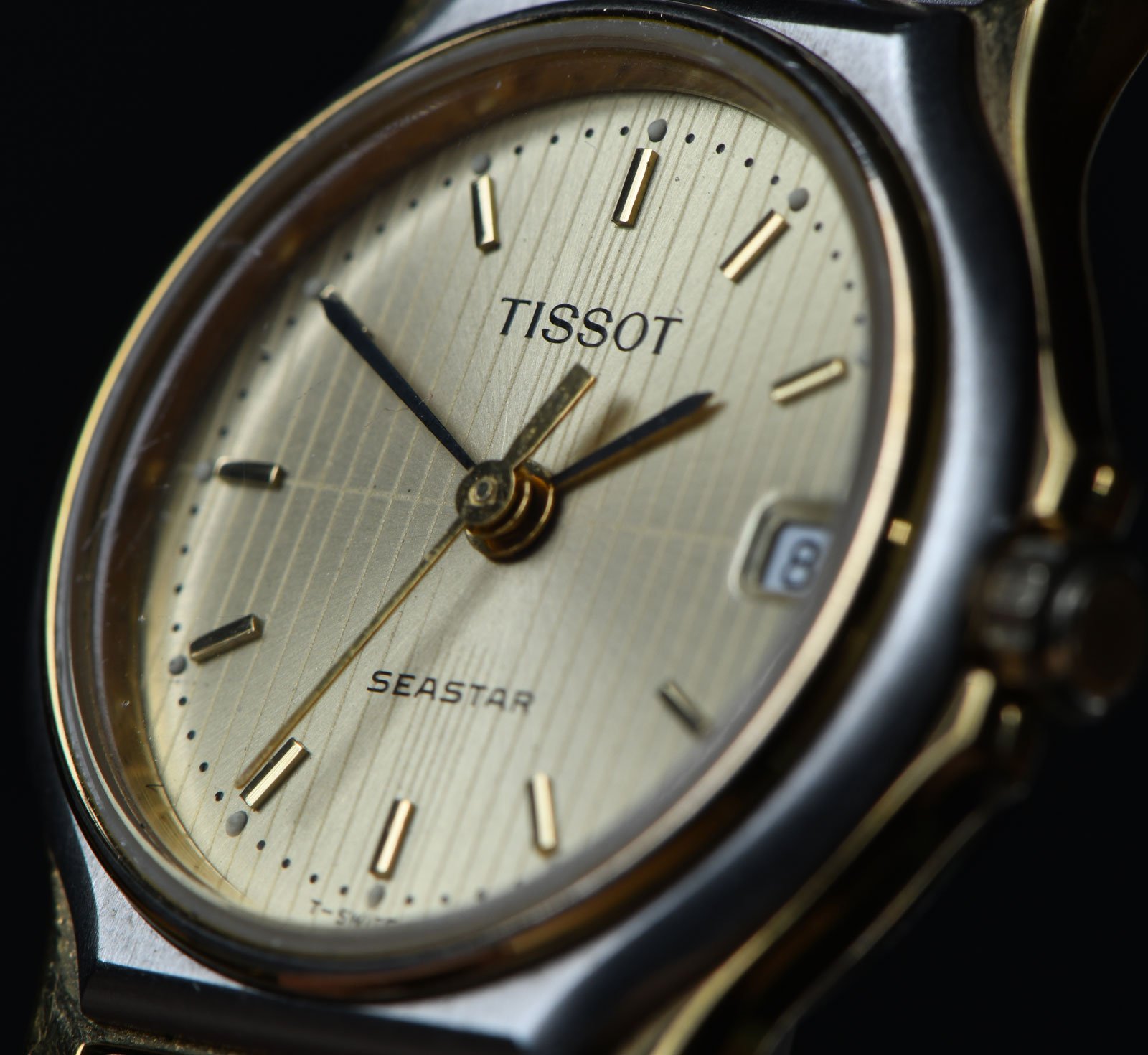 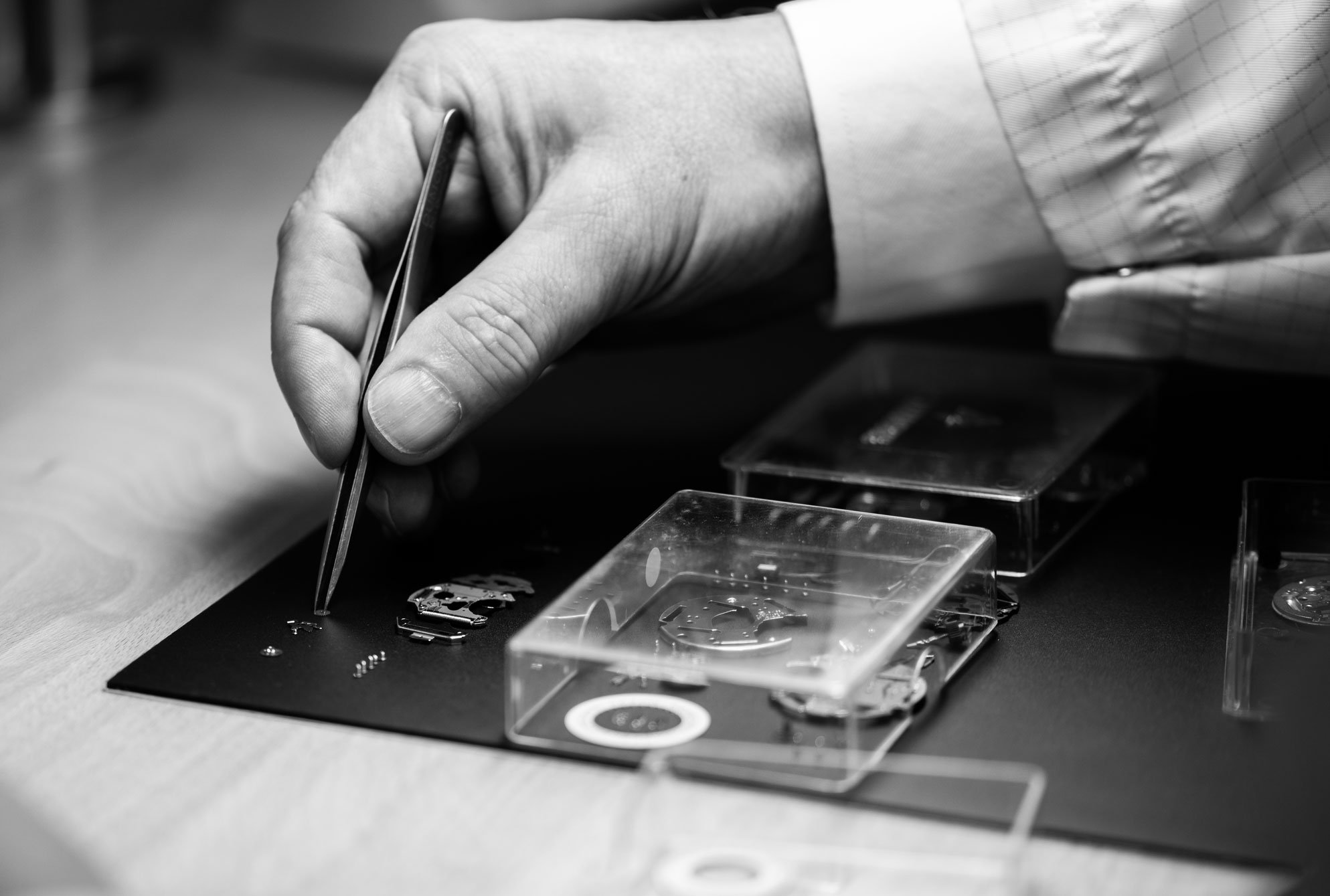 We can also undertake case and bracelet refinishing to Tissot specification in our dedicated polishing department.

A brief history of Tissot.

Was founded in 1853 by Charles-Félicien Tissot and his son Charles-Émile Tissot in the Swiss city of Le Locle, in the Jura region of Switzerland, where Tissot are still based today. Mainly destined for export, Tissot watches were sold in the United States from 1853, and in the Russian Empire from 1858. Family ties were added to commercial ties when Charles Tissot, Charles-Émile’s son, moved to Moscow in 1885 and until the beginning of the October Revolution in 1917, the Russian Empire remained Tissot’s biggest market.

From the begining of the 1910s, Tissot sold its first wristwatches for women, these were mainly gold and platinum pieces set with diamonds. These were followed by wristwatches for men, well before the peak of this trend between the two world wars. In 1917, Tissot started producing its own movements, becoming a full manufacturing watch company. It was therefore able to propose high-quality watches at an affordable price. In 1930, Tissot and Omega merged to strengthen their position and offer their customers a more complete range of products. This new entity, the SSIH (Société Suisse pour l’IndustrieHorlogère), was the first Swiss watchmaking association.

In 1953, Tissot celebrated its 100th birthday. The arrival of Edouard-Louis Tissot in the role of managing director marked a turning point in the industrial organisation of Tissot. Thanks to the introduction of a “single calibre” principle in 1958, the range of movements was simplified and production rationalised. Indeed, the addition of different complications to a basic movement made it possible to produce manual or automatic watches, with or without a calendar which were sold around the globe.

Tissot has always been an innovator and in the 1960’s and 1970’s explored the possibilities opened up by new synthetic materials, such as fiberglass and plastics. From a technical point of view, they allowed for the creation of a revolutionary movement: the Astrolon a plastic mechanical movement and the ‘Ideal 2001’ watch in 1971 which many see as a precursor to the Swatch watch. Looking to reinvent itself, Tissot created iconic watches such as the RockWatch in 1985, the first watch made of natural alpine granite, the PearlWatch in 1987and the WoodWatch in 1988.

At the end of the 1990s, Tissot, through the T-Collection, proposed ultra-feminine models, but also placed importance on sporty models, whose features were increasingly advanced. Forseeing the extraordinary potential of touchscreens in the digital world, in 1999 Tissot created the T-Touch, the first tactile watch in the world and in 2014, the T-Touch Expert Solar, a T Touch powered by solar energy.

In 1983, to confront the quartz crisis in the Swiss watchmaking industry, Nicolas G. Hayek recommended a merger of the main watchmaking groups of the time. As a result, Tissot joined SMH, which became “The Swatch Group” in 1998. Tissot is an official timekeeper for the world championships in cycling, fencing, ice hockey, motorcycling and rugby.