All watches which are serviced are returned with a twelve month warranty with the exception of vintage models which receive a 6 month warranty. 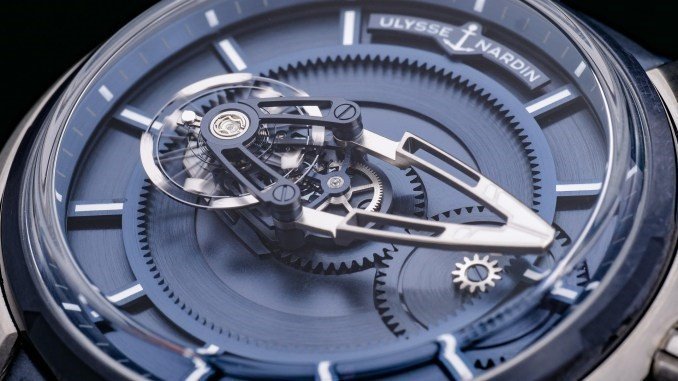 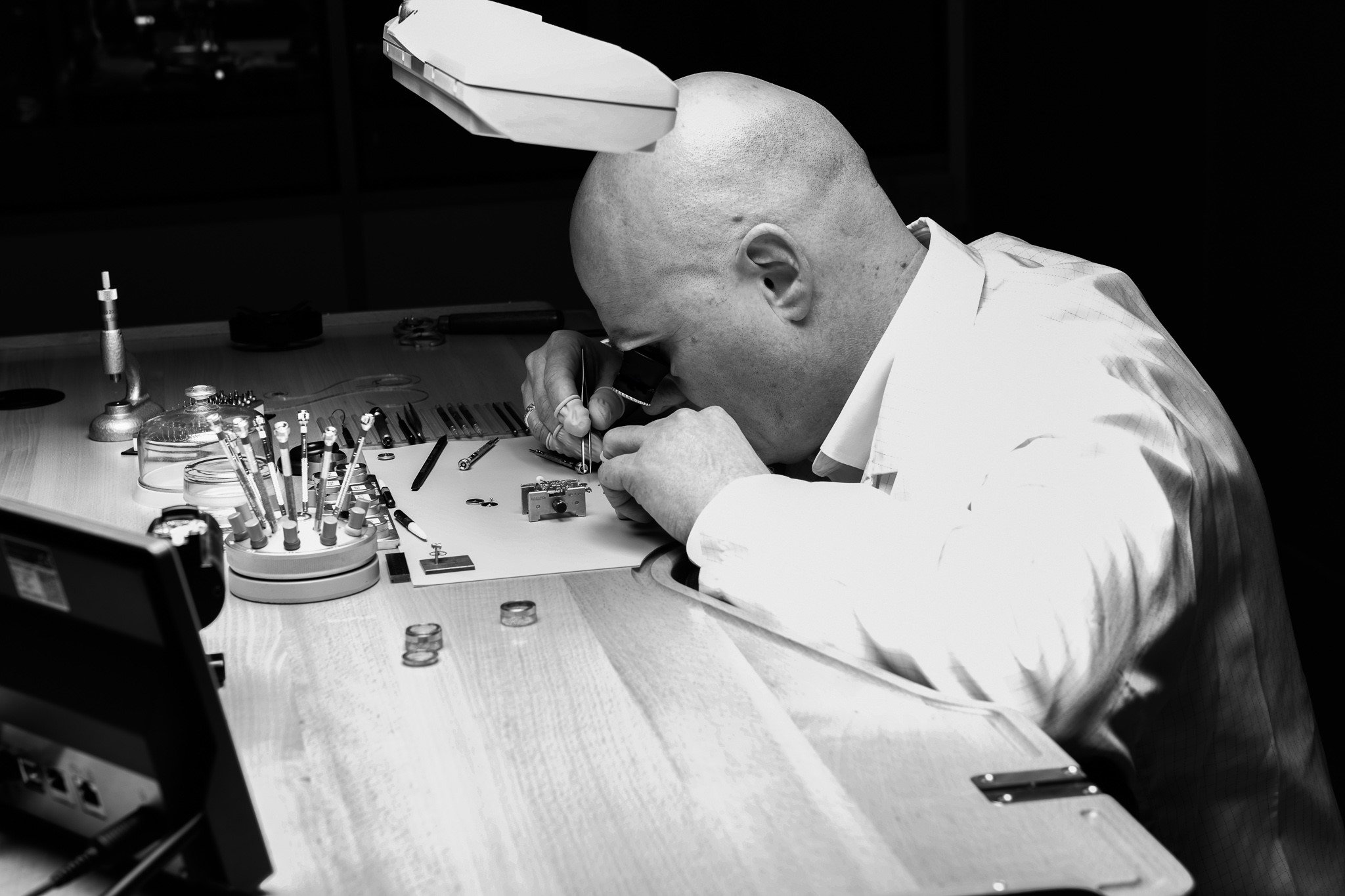 However, if the watch is suitable for swimming and diving and is used in water, they also recommend the water resistance of the watch is tested on an annual basis.

A brief history of Ulysse Nardin.

We will rectify any defects arising from any service provided by us provided you report such defects to us as soon as reasonably possible. In respect of a partial repair service, within 12 months of the date of purchase; or in respect of a full service, within 12 months of the date of purchase with the exception of Vintage repairs which will receive a 6 month warranty. We reserve the right to invalidate the warranty if repairs are performed by persons not authorised by us to take such action. Provision of the warranty will be free of charge. We will decide in our absolute discretion whether provision of the warranty will be in the form of a repair or the replacement of a part of the watch. Evidence of purchase must be provided and any replaced parts pass into our ownership. Limit of warranty. The provision of services under warranty neither extends the terms of the warrant nor sets in motion a new warranty period.

1846 – Visionary Beginnings – After apprenticing to the leading Swiss watchmakers of the day, visionary Ulysse Nardin strikes out on his own to make precision marine chronometers. The beginning of a voyage into innovation that continues to this day.

1860 – Ulysse acquires a high-precision astronomical regulator (constructed by the “father of Swiss watchmaking” Jacques-Frédéric Houriet) to calibrate his pocket chronometers. Minute repeaters, highly complicated watches, and pocket chronometers carry the reputation of the Le Locle watchmaker around the world.

1865 – Number 3, Rue du Jardin – The company moves to its Rue Jardin premises, where it is still making precision watches today.

1876 – The premature death of Ulysse Nardin at age 53 precipitates his son to the helm of the company. Two years later Paul-David Nardin wins a Gold Medal at the Paris Universal Exhibition for his pocket and marine chronometers.

1890 – The first two Swiss patents are awarded in this year, one is for a chronometer mechanism which enables daily winding without reversing the barrel.

1900 – By the turn of the century, Paul-David Nardin had made nine pocket chronometers fitted with tourbillion escapements to improve accuracy.

1911 – Paul-David Nardin takes out his third Swiss patent (No. 54714) for a perfected control mechanism of the chronographic timing-wheel to eliminate almost imperceptible leaps.

1975 – At the Neuchâtel Observatory (which rated accuracy in Swiss timepiece movements), Ulysse Nardin breaks 50 years of records for chronometer performances with a chronometer adjusted by Louis Augsburger.

Ulysse Nardin receives 95% of certificates of performance for mechanical marine chronometers – 4324 out of a total of 4504 awarded, they also received 2411 special prizes for marine chronometers, 1069 of which were First Prizes.
Neuchâtel Observatory releases its last official publication regarding chronometer performance from 1846 to 1975. According to this report Ulysse Nardin obtained
• 747 First Prizes for its deck watches, pocket chronometers and wristwatches
• 14 Grands Prix, the Prize Medal and the Progress Medal, 10 Gold Medals, 2 Prix d’Honneur, and 2 Silver Medals at International Exhibitions

1983 – A group Under the inspirational leadership of Rolf W. Schnyder takes over the company, ushering in an exciting new era in the companies history.

1985 – Launch of the watch Astrolabium Galileo Galilei, which marked the beginning of the extraordinary partnership between owner Rolf W. Schnyder and visionary watchmaker Ludwig Oechslin. This highly complex instrument gains Ulysse Nardin entry into the Guinness Book of Records in February 1989.

1989 – The first minute-repeating wristwatch integrating a Jaquemart, the San Marcohad limited editions in gold and platinum.

1992- After the Ulysse Nardin Astrolabium Galileo Galilei in 1985, and the Planetarium Copernicus in 1988, the award-winning Trilogy of Time series is magnificently completed by the Tellurium Johannes Kepler, a tribute to the German astronomer.

1996 – The company celebrates its 150th anniversary in Haute Horlogerie with two memorable timepieces: the Marine Chronometer 1846 wristwatch and the revolutionary Perpetual Ludwig, named for its creator, Dr. Ludwig Oechslin.

1999 – After a previewing the patented GMT± at Baselworld in 1994, Ulysse Nardin marks the beginning of the new millennium with the launch of GMT± Perpetual: integrating two exclusive Ulysse Nardin complications in one innovative watch. In fact, it wins the Year 200 Innovation Prize the following year.

2001 – Launch of the Freak. The revolutionary 7 day-tourbillon-carousel is a first in watchmaking. With no true case, crown or hands, its movement pivots on itself to indicate time. The next year, its impact is recognized by the 2002 Innovation Prize, Watch of the Year. In its illustrious history, Ulysse Nardin has won more than 4,300 awards, 18 of them international gold medals, and registered the greatest number of patents for mechanical watchmaking.

2005 – Launch of the Freak 28’800 V/h Diamond Heart, with its new patented Dual Ulysse Escapement made from diamonds by means of an innovative process. This year also sees the launch of the Royal Blue Tourbillon.

2006 – Launch of the UN-160, the first self-winding base caliber that is entirely conceived and manufactured in-house. To consolidate this tradition of innovation, Ulysse Nardin celebrates with a memorable Haute Horlogerie exhibition at the Kremlin, History in Time.

2007 – Launch of the Freak DIAMonSil: a new patented Dual Ulysse Escapement made using a cutting- edge combination of diamond and silicium. The invention continues with Innovision – Ulysse Nardin’s vision of the future – 10 technical innovations united in one concept watch.

2011 – The death of Rolf Schnyder, owner and President marks another turning point for the company. With his visionary leadership based on encouraging classic techniques in mechanical watchmaking, Schnyder had a profound impact on Ulysse Nardin and the Swiss watch industry.

2012 – New innovation comes with the launch of the Marine Chronometer Manufacture with its in-house developed and conceived basis caliber UN-118. And to take another step toward independence Ulysse Nardin successively acquires the Swiss artisan enameller Donzé Cadrans SA and a new manufacture chronograph movement to be released in a future collection.
2013 – The unprecedented launch of five new in-house calibers, entirely developed and conceived by Ulysse Nardin, highlights a commitment to independently manufactured movements. Integrating silicium technology, they each have their own characteristics:
• UN-690 gives life to Stranger, a musical timepiece
• UN-310 for Jade is the first in-house caliber for ladies with a unique crown concept, a hand-engraved skeleton caliber.
• UN-170 powers the Skeleton Tourbillon Manufacture.
• UN-150 in the Marine Chronograph Manufacture takes precision to extremes
• UN-205, the inline movement for Freak Cruiser, includes a 7-day flying carousel

2014 – Ulysse Nardin joins Kering’s Group. Continues path of innovation in watchmaking with the launch of the 6th in-house developed and manufactured movement in twelve months: the UN-334 for Dual Time Manufacture with fast time-zone and date settings.

2015 – Ulysse Nardin has launched a new type of shock absorber, called UlyChoc, which was designed, developed and produced entirely in-house at Ulysse Nardin’s manufacture in Le Locle, Switzerland. A classical system comprises five micro-elements: the block, the setting, the jewel, the counter pivot and the spring. With simplification in mind and a special focus on efficiency, Ulysse Nardin replaced three of these functions with a single one-piece component made of silicium, a genuine world first which is the suspect of a patent application. This solution avoids forces of play and friction, enabling the balance staff to be perfectly recentered in the event of an impact.

2016 – Marks not only one milestone in the history of Ulysse Nardin: the 170th Anniversary of the foundation of Ulysse Nardin in 1846, the 15th Anniversary of the launch of our iconic Freak and a first in the watch industry by the launch of the material Silicium, but also the 20th Anniversary of the iconic Marine Chronometer model which was first presented in 1996. In the typical Ulysse Nardin philosophy of “Timekeeping Simplicity”, two launches have been announced: the Marine Chronograph Annual Calendar with the new UN-153 caliber with an easy setting back and forth and the Marine Tourbillon Grand Deck evoking the golden age of yachting, a boom pulled by super-strong nanowires that incorporates a majestic tourbillon.

2017 – Continuing to push back the limits of Haute Horloerie, from January 2017 Ulysse Nardin will offer a 5-year warranty on its mechanical timepieces. Whether it’s a dashing Diver Chronograph or a gold Classico Lady, every single one of the Swiss manufacture’s complex mechanical instruments will carry this Ulysse Nardin guarantee of quality. In order to benefit from the 5 year warranty, the owner registers their new Ulysse Nardin timepiece within a year of purchase on the website.

2018 – The Freak is no longer a single timepiece. It’s an entire collection ! After the Freak vision launch at SIHH 2018 and the new Freak vision Coray Bay, four new Freak Out timepieces, each armed with the in-house manual-wind caliber UN-205, are now joining the most maverick collection in Haute Horlogerie. All the game-changing Freak Out oddities are in place: no crown, dial or hands, a “flying carousel” tourbillon (the baguette movement rotates on its own axis) and super-light silicium technology.

2019 – Ulysse Nardin introduces the X-factor in watchmaking with the launch of Freak X and Skeleton X. The Freak X, the little cousin of its ”Freak antecedents”, stands out as the entry point into the Freak collection. Though many of the same aesthetic and functional elements are in place, it pushes out into uncharted territory. The Skeleton X, a new Manufacture movement that lays bare its audacious technology in an exquisite exhibition of fine watchmaking’s most challenging technique. Inner beauty revealed, not concealed: this open worked wonder takes skeletisation to the X-level.

2020 – Supercharged with classic Ulysse Nardin savoir faire, Blast is an avatar of its time, a potent force of nature. This technological wonder made with rock-hard, masculine lines has ignited a flame that will send seismic shockwaves through the watchmaking world to its core. The complex, geometric architecture of the tessellated horns – reminiscent of furtive aircraft – create a pumped-up, vigorous and imposing masterpiece. With its tight, edgy blueprint, omnipresent “X-Factor” and stealth design, the new Blast – a fresh, muscular and robust open-worked model – will send you rocketing into the stratosphere. Blast is taking your mind by storm, playing off the transparency of its new powerful automatic silicium tourbillon nested in a bold, X-shaped cage, which beats inside at a frequency of 2.5 Hz. Light penetrates the open-worked body of the watch like a laser.